Lenovo-owned Motorola is working on the Moto G7 smartphone, which has now been spotted on US certification site, Federal Communications Commission (FCC). The listing confirms the specifications of Moto G7, referred as be the successor of Moto 6, which was recently launched in India. 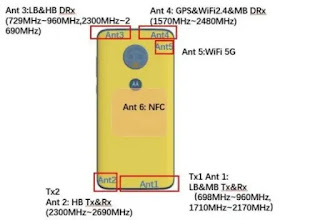 Moto G7 will be powered by the Snapdragon processor, paired with with 4GB RAM and 64GB internal storage. The device will pack a dual camera setup and sports a 6.4-inch display with a screen aspect ratio of 18:9. Moto G7 is rumored to be fueled by a 3,500mAh battery and support wireless charging. The leaked renders confirm 3.5mm headphone jack and a USB Type-C port while it will arrive with dual-band Wi-Fi support and NFC support…….Read More>>